AURORA | Incumbent Marques Ivey has dropped out of the Aurora school board election, narrowing the race to six candidates for four seats.

Ivey, a lawyer with several children in the district, was first elected to the board in 2017. He initially filed a notice of intent to run for a second term, but confirmed to the Sentinel on Thursday that he is exiting the race. The news was first reported by Chalkbeat Colorado.

Ivey did not provide a reason for his decision. His exit leaves Debra Gerkin as the only sitting board member running for a second term.

Ivey, board president Kyla Armstrong-Romero and director Kevin Cox will leave the board at the end of the current term. The remaining candidates are Gerkin, Michael Carter, Christy Cummings, Tramaine Duncan, Anne Keke and Danielle Tomwing.

The seats are at-large, and the four candidates with the most votes will be elected to serve four-year terms. 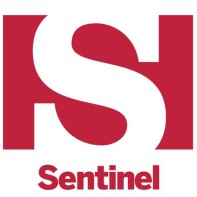 Class Acts
We cover schools and education for greater Aurora and the region. Reach us at 303-750-7555 or [email protected]
4,839FansLike
1,358FollowersFollow
8,519FollowersFollow