AURORA | Aurora’s public libraries aren’t just doling out books these days — they’ve got something special for local beer aficionados, too.

“We thought since there is such a big brewing business in Colorado and here in Aurora, it would be a great partnership to bring book lovers and beer lovers together,” said Sara Van Cleve, programing and outreach library assistant for Aurora Public Libraries.

Here’s how it works: Stop by a participating brewery and snag a passport. Get the passport stamped after you get a beer and after four stamps, bring it to any Aurora Public Library to receive a free pint glass. Once you have stamps from all seven, turn in your completed passport and get a free growler.

Van Cleve said 350 people have already signed up and the library has given out 25 growlers. The program goes through the end of 2016 and there are still plenty of prizes left, she said.

The partnership is a chance for the library to reach some people — particularly millennials and young professionals — you libraries don’t often reach out to, Van Cleve said.

And the focus on small, local beer makers fits in with the library’s 2016 theme: “Think Small: Magnifying the Ordinary.”

For more, visit any participating brewery, library or the library district’s website at auroralibrary.org.

Copper Kettle isn’t the only brewery getting into the St. Patrick’s Day fun this week. Dry Dock will have Celtic step dancers at 1 p.m. Saturday at South Dock, and they are serving Irish Red Ale and a new Irish Cream Stout. Wear green merchandise form Dry Dock or The Brew Hut and get a free koozie.

At Ursula, they are celebrating on St. Patrick’s Day, Chicago style, with a couple special brews. One is their Via Chicago IPA with a little twist — this is one is dyed green and dubbed “Via Chicago River,” after that city’s tradition of dying the river green for the holiday. The other is an oyster stout called Shuckago Stout, an Irish dry stout they brewed with live oysters. Their partners at Cedar Creek Pub will have corned beef and cabbage for delivery and the brewery will be playing the NCAA games all day.

Ursula also tapped their 180 Gram Russian Imperial Stout this week, a heavy dark brew that comes in at 11.8 percent ABV.

At Launchpad, the Milky Way coffee milk stout, made with Costa Rican dark roast beans from local roaster Wallaby Coffee, is on tap this week, as is the Interstellar IPA.

Harrowing film tells of Las Vegas shooting and its aftermath 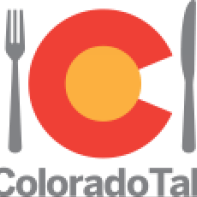 Colorado Table
Besides news, features and recipes from local experts, Colorado Table offers readers a close look at the region’s fast-growing sustainable food industry. Agriculture, micro-businesses, backyard organics, farmers markets and co-ops are just a few topics regularly covered in Colorado Table. Colorado Table is online daily, bringing recipes, local, regional and industry news to your screen. Each month, we open up extra space in the Aurora Sentinel to take a closer look at cuisine around Aurora. We offer a calendar of food and drink events and a place to get ideas for cooking, stocking up and food-related travel. Reach us at 303-750-7555 or [email protected]
1,358FollowersFollow
314FollowersFollow