AURORA | One woman was killed and another hurt in a shooting early Saturday morning near East Mississippi Avenue and South Havana Street, Aurora police said.

Officers responded about 4:30 a.m. to 940 S. Iola St. on a report of an unknown problem. There, officers found two women, one whom had been shot.

Police said in a statement that the pair were rushed to an area hospital where the woman who had been shot died. Police have not said how the other woman was hurt, or if she is a suspect in the slaying, but said she suffered minor injuries that were treated at the hospital.

No arrests have been made, and police have not released information about a potential suspect.

Police are asking anyone with information on the shooting to call investigators at 303-739-6106. Tipsters can also remain anonymous and earn a $2,000 reward by calling Metro Denver Crime Stoppers at 720-913-7867.

The shooting, which happened just a block and a half north of Havana and Mississippi, is the second in less than a week to leave a woman dead near the busy intersection. On April 8, 23-year-old Aliyah Jasmine Bonicelli-Stinson died after being shot near Mississippi and South Galena Street.

Frank Bonner, Herb on ‘WKRP in Cincinnati,’ dies at 79 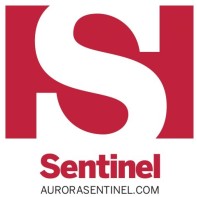